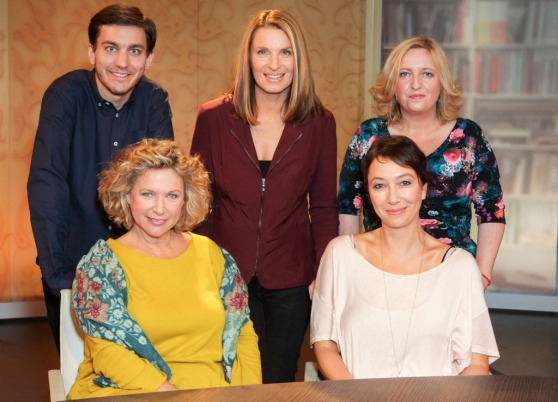 Promoting my new book “On a Secret Mission” (In geheimer Mission, Riva Verlag, München, 2013) at the Austrian TV-Show “STÖCKL.” together with the well-known Austrian actress Ursula Strauss, who plays a female cop at the Austrian police TV-series “Schnell ermittelt “ („Commissioner Schnell investigates”) a series, that has been sold this year to Sony/Paradigma in the USA and will be filmed as a remake. Then “Neni”-Restaurant owner and Caterer Haya Molcho and rapper-lawyer Gérard, who presented his first album “Blausicht” who sold one million albums and will be on tour in 2014. Barbara Stöckl was our host and presenter of the show.

Kommentare deaktiviert für One hour at the Austrian TV-Show “Stöckl”